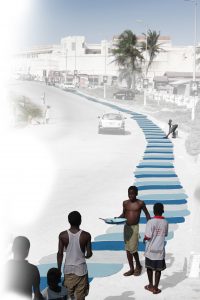 Castle Street Sidewalk Initiative & Street Painting:   This municipally approved, painted walkway along an historic ceremonial street in Cape Coast, is the result of a month long, design-build collaboration between residents, local leaders, UNESCO representatives, and UVA students and professors in 2012.   In a city where automobile-related accidents are the highest causes of death, UVA’s Community as Classroom Studio transformed a quarter-mile of neglected public space through collaborative, creative placemaking.  The interwoven, repeating design of community-inspired symbols demarcate the new pedestrian right-of-way and help slow traffic.

The project catalyzed improvements in sanitation and pedestrian safety, while increasing aesthetic value for the vendors and visitors of the UNESCO Cape Coast Castle.  Our friends in Ghana report that it is still there, and still a safe walkway along Castle Street years later.

Contrary Creek Remediation Sculpture:  The Design-Build-Destroy Project:   In 2012, I was awarded the 4-VA.org Arts Grant of $5,000 to design and build a 10 foot-tall spiraling limestone tower — and then demolish with a 50lb wrecking stone filmed in 3D — in Contrary Creek, a heavily polluted, acidic stream in central Virginia. 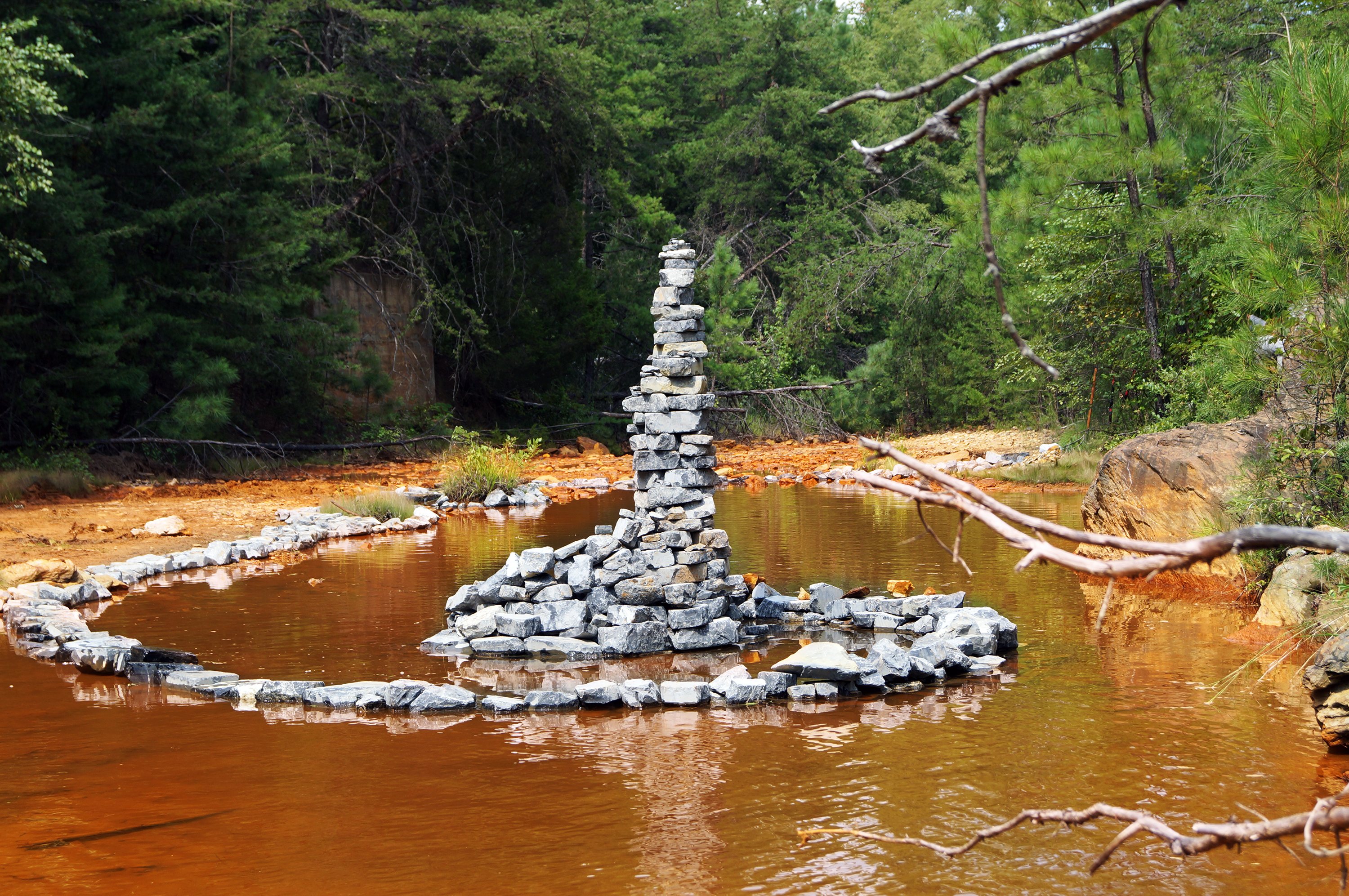 The post-industrial and historic mining wasteland was temporarily revived with local volunteers, friends, and partnerships to use 15 tons of limestone (often used to counterbalance acid mine drainage) to construct the stone sculpture and pathway in the creek.  The sculpture was then intentionally demolished in a public dedication ceremony — with the town’s Mayor, BBQ, and banjo player — aimed to commemorate this forgotten cultural landscape.

The project highlighted complex processes of remediation within the toxic watershed, revealing environmental and historical narratives, and providing an ecological service with the acid-neutralizing limestone.  Indeed, Robert Smithson’s writings and his “Spiral Jetty,” along with other land artists of the mid-late 20th century were strong influences.  Years later, the relics of the limestone sculpture are still in Contrary Creek, but with a new iron-orange patina. 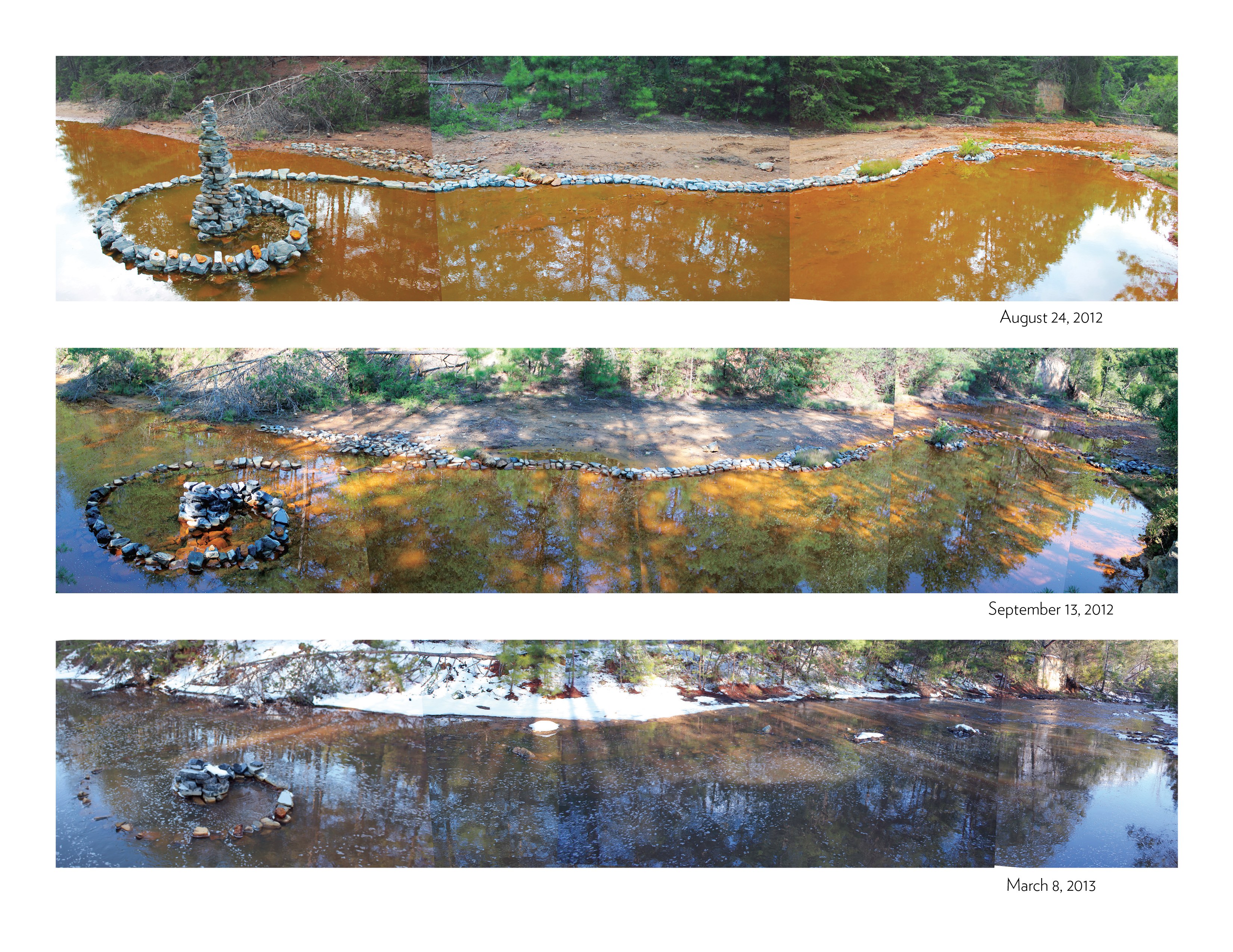